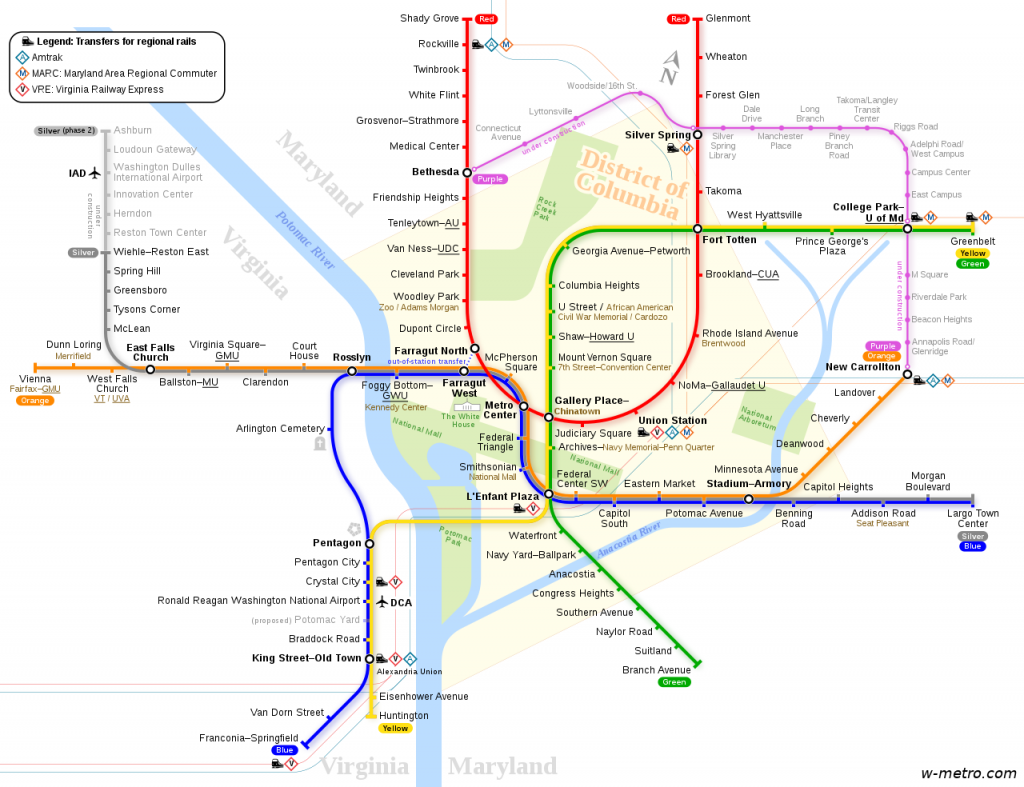 In 1966, a bill creating WMATA was passed by the federal government, the District of Columbia, Virginia, and Maryland, with planning power for the system being transferred to it from the NCTA.

WMATA approved plans for a 156.4 km regional system on March 1, 1968. The plan consisted of a “core” regional system, which included the original five Metro lines, as well as several “future extensions”, many of which were not constructed.