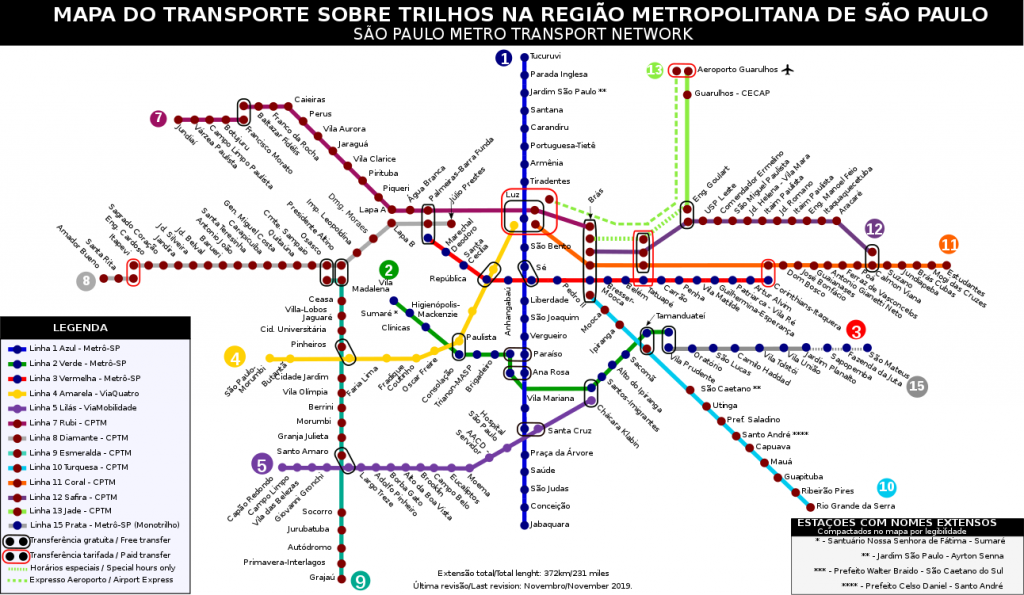 Service is extended one additional hour on Saturdays, with facilities opening at 4:40 and closing at 1:00.

The Companhia do Metropolitano de São Paulo (Metrô) was founded on April 24, 1968. Eight months later, work on North-South line was initiated. In 1972, the first test train trip occurred between Jabaquara and Saúde stations. On 14.09.1974, the segment between Jabaquara and Vila Mariana entered into commercial operation.