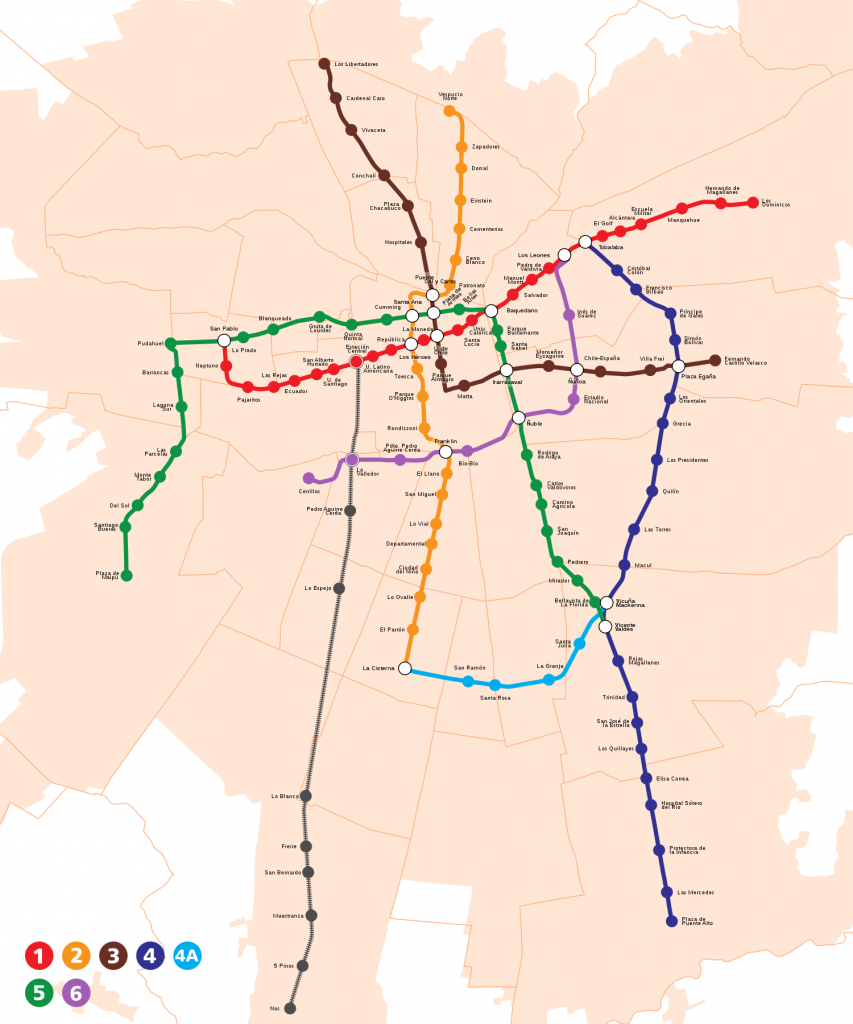 The idea to build an underground railway network in Santiago dates back to 1944.

On 15 September 1975, the first line of the metro was opened by Augusto Pinochet during the military regime. Line 1, during its opening stage, was mostly underground from San Pablo to La Moneda, running below the Alameda. In 1977, the line was extended towards Providencia and by 1980, the line reached as far as Escuela Militar.

In March 1978, Line 2 was opened. Its initial section ran at ground level from Los Héroes to Franklin. By December, the second segment of the line was opened, running underground towards the south along the Gran Avenida up to Lo Ovalle.